Update:  The weather has suddenly gone off the rails in places…

Calgary, Alberta Canada Goes From 25 C To Snowfall In One Day, Flash Flooding In Southwest US On The Same Day

“The interference will now be continuous, unrelenting, the magnetosphere of Planet X literally abutting the Earth’s field, their magnetospheres clashing and touching, as many recent crop circles have shown…At present we see the familiar magnetic squeeze design, where the Earth’s magnetic field is touching that of Planet X. The inference is that the Earth will lose its alliance with the Sun during this time, the Earth wobble going into gyrations at times, trying to align with Planet X and then swinging back to align with the Sun.”  -Zetatalk

In the latest installment of explanations of recent crop circles (message reposted below)… the Zetas have been saying that recent crop circles are the result of a magnetic effect between Earth and Nibiru… the Zetas say that earth has been wobbling and this can be confirmed through the stories of people who notice that positions of the sun moon and stars… basically everything in the sky… sometimes takes an unexpected shift with the horizon. Stories of this nature are recalled by many.

Take note of more of what the Zetatalk says:

As I reflect on these words… it calls to mind and heart a message from June from the star elders:

And so we must ask… are we in the days just before the big wave of earthchanges that reconfigure continents… and will have land masses rising from the ocean?…

Could this be the ‘big event’ spoken of in many channeled messages?

It had been said in other messages, that mother earth’s pole shift has been held back by galactics who have also said we have jumped a new timeline in recent months, and the ascension has now shifted, where all humans who have agreed to remain on the surface of the planet, have agreed to go through a planetary ascension… with waves of first graduates getting beamed up to the ships for a possible return, to assist those who are going through ascension on the surface…  through a release of all fear, towards only fifth dimensional or higher, love? Could this be the ‘big event’ spoken of in many channeled messages?

“THE EVENT” UPDATE! YOU MAY NO LONGER DESIRE TO PARTICIPATE IN SOCIETAL NORMS… HOW TO TRANSFORM THROUGH CHAOS WITH GRACE

NEXT WINDOW FOR “THE EVENT”, COLLECTIVE “NO TIME”, IS ON/AROUND APRIL 23/24; THE EVENT LOOMS LARGE; WHAT IS THE EVENT?

TWO CHANNELINGS THAT SUPPORT THE THEORY, “THE EVENT” WILL PROPEL HUMANITY FROM CARBON BASED TO CRYSTALLINE BASED, IN THE BLINK OF AN EYE: METAMORPHIC TRANSFORMATION CHANNELED THROUGH PEGGY BLACK AND THE “TEAM”, AND THE MANUSCRIPT OF SURVIVAL PART 403 BY AISHA NORTH

The fact that the crux of the Ironwell circle design (laid in the UK just six days earlier) is within this newest UK design indicates that both designs are about magnetics. Interference with the Earth’s magnetosphere will no longer be influenced by the magnetic trimesters, occurring three times a year. The interference will now be continuous, unrelenting, the magnetosphere of Planet X literally abutting the Earth’s field, their magnetospheres clashing and touching, as many recent crop circles have shown. This interference is indicated by the spike before the hapless Earth in the Arklane design.

This design has nothing to do with a 7 year prophecy. So why is the outer circle, indicating the larger magnetic arena, broken at 7 points? This is to eliminate the supposition that a clock or calendar is being represented, which would be the case if a 12 or 6 were represented, for instance. 7 is famous in a Biblical prophecy related to the Jewish Exodus, wherein the Pharaoh dreamt about 7 years of famine. This was prior to the last Pole Shift, so that upon seeing this design people will leap to the conclusion that it has something to do with the forthcoming Pole Shift, which it does!

What of the addition, laid some days after the original? This is a timeline design, giving the history of the magnetic effect of Planet X upon the Earth. First, at the right, it was far out in space and had a minimal effect on the Earth’s magnetosphere. Then as it entered the inner solar system in 2003, from below the Ecliptic, Planet X pointing its N Pole toward the Sun’s S Pole, Planet X began causing the Earth to wobble which began in 2004. When Planet X was close to the Sun, passing the Sun, it swung its magnetic S Pole outward toward the Earth, its magnetic N Pole virtually glued to the Sun’s S Pole. Thus, its magnetic influence was temporarily diminished.

Having passed the Sun and well on its way outbound, Planet X went into its first 270 roll, causing the Earth to have an increased wobble. During this time, the hapless Earth is still trying to align, magnetically, with the Sun. Thus the polar pins. At present we see the familiar magnetic squeeze design, where the Earth’s magnetic field is touching that of Planet X. The inference is that the Earth will lose its alliance with the Sun during this time, the Earth wobble going into gyrations at times, trying to align with Planet X and then swinging back to align with the Sun. After the Pole Shift, the magnetic influence of Planet X will return to being minimal.

Is “The Event” Now Here?

ONE DAY BEFORE CHRISTMAS, THE REAL JESUS DISCUSSES PLANETARY EVACUATION: ALL HUMAN BEINGS WHO ARE IN DANGER, WHO MAY BE AFFECTED BY THE WHIRL IN EVENTS, IN THE FACE OF REVOLUTIONS OR DURING THE TRANSFIGURATION OF THE PLANET, WILL BE REMOVED, LIFTED INTO ANOTHER WORLD, UNTIL THE EVENTS ON YOUR MOTHER PLANET, TO WHICH MANY OF YOU WILL RETURN AS ASCENDED MASTERS, HAVE BEEN COMPLETED.

THE EVENT ~ A QHHT RECORDING BY SUZANNE SPOONER & RON HEAD

´THE EVENT´I AM JULIANO. THERE IS INDEED SOMETHING BIG COMING TO YOUR WORLD. IF YOU WISH YOU CAN CALL IT THE EVENT. AT LEAST IT WILL SET YOUR WORLD UPSIDE-DOWN. THE WORLD AS YOU KNOW IT WILL CRUMBLE AND THIS WILL SET THE MARK FOR A NEW EARTH TO ARISE.

MORE CALIFORNIA/EARTH CHANGES CLUES: PRIOR TO EARTHQUAKES, VOLCANO ERUPTIONS, ETC., ANIMAL LIFE WILL BEGIN TO LEAVE THE AREA WHERE THESE EVENTS ARE ABOUT TO OCCUR. THE EARTH WILL ALSO BEGIN TO EMIT LOW-FREQUENCY SOUND PATTERNS, AS THE PRESSURES BENEATH THE CRUST BUILD, PRECEDING ONE OF THE EVENTS.

Is ‘the event’ now before us?… An event so grand… that will trigger a mass spiritual awakening, that will spread throughout the planet and cosmos? Will the interaction with a possible Nibiru flyby, trigger the hearts and remembrance of all humans, who will instantly recognize our galactic origins and lineage?  Our hearts know these answers…. and we will need to know… for the earthquakes are rumbling now… volcanoes are now spewing out new land masses… our galactics stand ‘on call’ ready to assist at the right moment when enough human hearts open back up again to our Creator… all is coming into alignment for ‘the event’… it is unfolding now… what will it take to for you to completely align with our Creator? What event will breathe new life into ourselves forever?

A spiritual awakening is to move from thinking your way through life in separation consciousness in an uncomfortable existence because that is how it always feels when you ‘move away’ from our Creator… when you awaken you move away from notion that life is a series of problems to be solved with the mind, towards feeling your way through life through heart-focused state of being… wisdom power and love, in unity consciousness with all lifeforms.  All beings who desire to live in earth will need to walk the path to heart… faster is probably better than later, at this point… prepare for a break down of old mental structures… and a new spiritual renaissance of unity instead of competition.

ST. GERMAIN HAS ADVICE IF YOU ARE VERY RIGID AND INFLEXIBLE AS TO HOW YOU THINK THINGS ARE SUPPOSED TO BE: ALLOW FOR THE CYCLES OF CHANGE TO UNFOLD AS THEY WILL, AND LEARN TO APPRECIATE SUCH CHANGE AS A GOOD THING, RATHER THAN SOMETHING THAT CAUSES DISCOMFORT. DISCOMFORT, HEREIN, IS A BY-PRODUCT OF INFLEXIBILITY OF THOUGHT—IN ESSENCE, AN UNWILLINGNESS TO GROW. WHEN YOU HOLD TO RIGID BELIEFS AND IDEAS REGARDING HOW YOU THINK AN EVENT SHOULD UNFOLD, THEN YOU WILL, IN ALMOST EVERY INSTANCE, HAVE TO COME FACE-TO-FACE WITH THE EVENTUAL REALIZATION THAT YOU HAVE LIMITED YOURSELF, AND THEN TRIED TO IMPOSE THIS LIMITED SELF-PERCEPTION UPON GOD OR HIS MANY ANGELIC LIGHTWORKERS WHO HAVE COME TO ASSIST YOU AT THIS TIME.

This research below may prove to be very helpful in the coming days (it is a shortlist)… do not discount it…. do not click away, hoping the next distraction will make everything okay again… this could be it… these could be the days leading up the greatest changes… already the weather is telling us a story… earth sings us her song… the sun knows each of us by name, and sends us messages…   perhaps Nibiru is just a story to you, and that is fine… perhaps there is another story of what is taking place…. of what accounts for the increase in volcanoes… extremely high level worldwide earthquakes… bends in our magnetosphere… the barrage of asteroids heading our way…. the supercharging of our sun…the sinkholes… I’d sure like to hear a better explanation than Nibiru…

Nibiru ‘Season’ Update 2014, AnAnnUki Say They Will Pass By Earth, But Will Not Land On Our Planet

Another Hint (From “The Group”) That Nibiru Is Coming For A Pass By, Later THIS Year

Indian in the machine

THE CONNECTION BETWEEN EARTHING AND IONIC FOOT BATHS 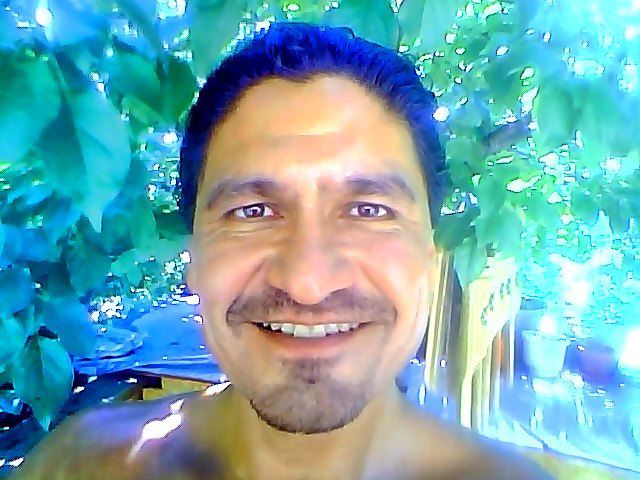